The Department of Environment (DoE) has concluded an extensive capacity training of several individuals in data management and file organization techniques. The training session was a collaboration between The Department of Environment’s GEF funded
Cross-Cutting Capacity Development (CCCD) and the GCF funded National Adaptation Plan (NAP). Over several weeks, the DoE said the training was geared to delivering an Introductory Geographic Information System (GIS) to several agencies. 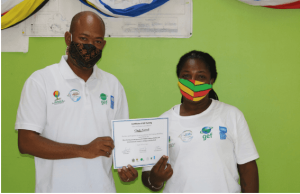 The Global Environment Facility (GEF), is an operating entity of the Financial Mechanism of the United Nations Framework Convention on Climate Change (UNFCCC, or the Convention), provides financing to country-driven climate change mitigation (CCM) and climate change adaptation (CCA) projects. According to the DoE, “The objective of these trainings was to build the capacities of our local partners and stakeholders in collecting and managing spatial data as well as to improve their file management systems. 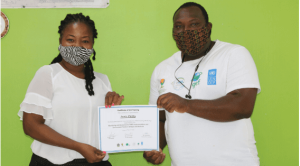 Twenty-seven individuals were trained in this first round of training with another being planned for the upcoming weeks.” Stakeholders including the National Office of Disaster Services (NODS), the Environmental Awareness Group (EAG) and several other Non-Governmental Organizations (NGO’s) and interest groups benefited from the training.

With the introduction of these learning instructions, the DoE said, “The CCCD and NAP projects seek to address gaps in local environmental management and decision-making caused by insufficient and inadequate data collection, management, and analysis as part of
efforts to promote resilience to climate change and national development.”

Antigua and Barbuda congratulates UN on its 75th anniversary