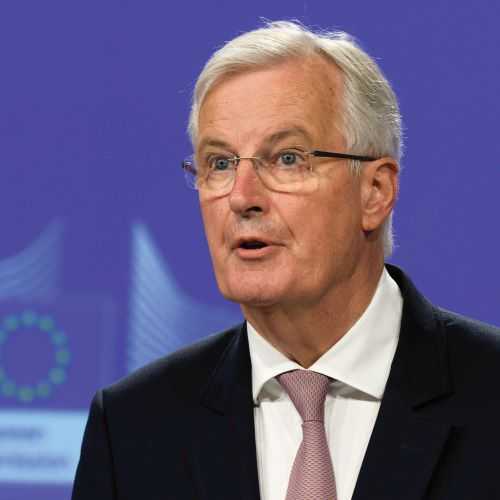 (BBC): The EU and UK chief negotiators have stepped back from post-Brexit trade talks after a member of the EU team tested positive for Covid-19.

The EU’s Michel Barnier said his UK counterpart Lord David Frost had agreed to suspend negotiations between them for a “short period”.

They are locked in talks as the clock counts down to a December deadline.
Both sides are seeking an agreement to govern their trading relationship once the UK’s post-Brexit transition period ends in January 2021.

Fishing rights, competition rules and how any deal would be enforced remain key areas of disagreement.

On Thursday, Mr Barnier tweeted that a member of his negotiating team had tested positive for the virus, as talks over a deal continued in Brussels.

“With David Frost, we have decided to suspend the negotiations at our level for a short period,” he added.

In reply, Lord Frost said he was in “close contact with Michel Barnier about the situation,” and “the health of our teams comes first”.

Our correspondent added it was not clear how long the pause in top-level talks would last, or if top officials would have to self-isolate.

Suspension of talks between the chief negotiators will come as an unhelpful development, with just five weeks remaining before the 31 December deadline.

EU leaders are holding a video conference later on Thursday and could discuss the latest developments – although it is not officially on the agenda.

On Sunday, before the latest round of talks began, Lord Frost said there had been “some progress in a positive direction in recent days”.

But he warned the two sides “may not succeed” to strike a deal, with “significant elements” not yet agreed.

He added that any deal would have to be “compatible with our sovereignty,” and allow the UK to “take back control of our laws, our trade, and our waters”.