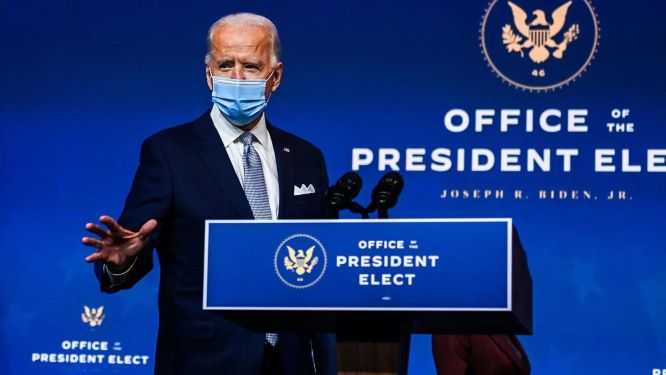 US President-elect Joe Biden formally introduced the first people he has chosen for his cabinet as the transition of power gathers pace.

Many of the choices, already announced, are Mr. Biden’s colleagues from his years in the Obama administration.

John Kerry will be climate envoy, while foreign policy veteran Antony Blinken is nominated for Secretary of State.

President Donald Trump has finally agreed that the transition process should start, after weeks of wrangling.

The General Services Administration (GSA), the federal agency overseeing the handover, said it was now acknowledging Mr. Biden as the “apparent winner” of the November 3 election.

The move grants the Democrat access to millions of dollars in funds, as well as access to national security briefings and government officials, so he can properly prepare to take over the presidency on 20 January.

Mr. Trump said the GSA must “do what needs to be done”, but still refuses to concede the election, repeating unsubstantiated claims of a “rigged election”.

Mr. Biden is projected to beat President Trump by 306 votes to 232 in the US Electoral College when it meets to formally confirm the winner on December 14. This is far above the 270 votes he needs.

On Tuesday, Governor Tom Wolf said he had certified the victory of Mr Biden in Pennsylvania, one of the key swing states. Another, Michigan, certified the same result on Monday.

A statement from the transition team said those being nominated “are experienced, crisis-tested leaders who are ready to hit the ground running on day one”.

It said: “These officials will start working immediately to rebuild our institutions, renew and re-imagine American leadership to keep Americans safe at home and abroad, and address the defining challenges of our time – from infectious disease, to terrorism, nuclear proliferation, cyber threats, and climate change.”