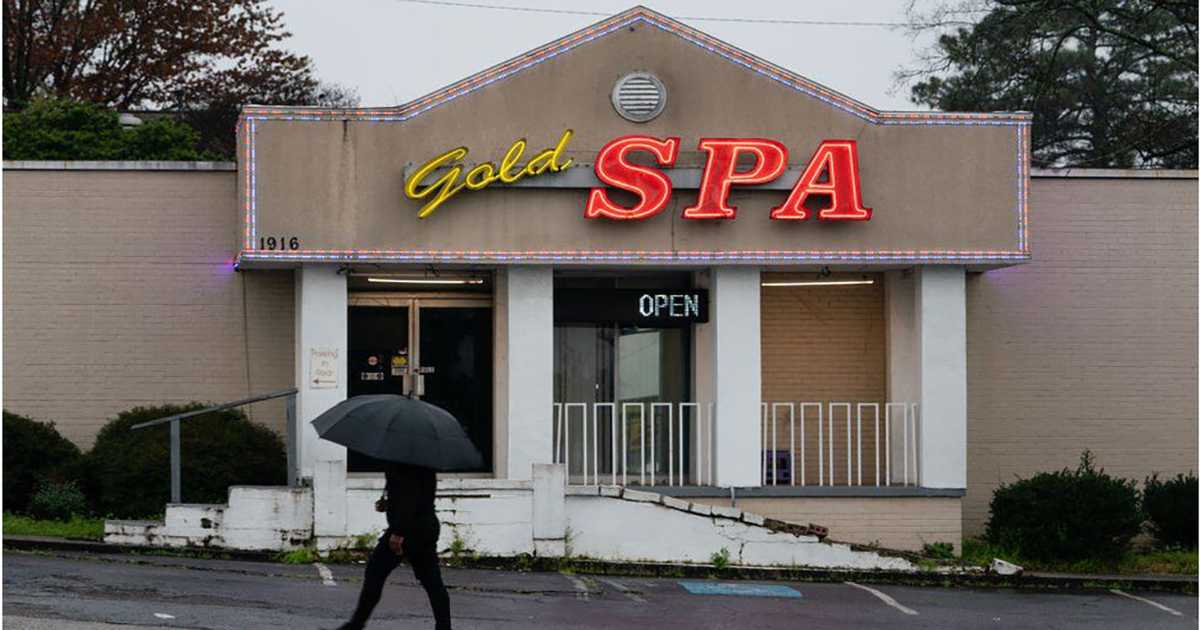 (BBC News) – A man has been charged with murder over the killing of eight people at massage parlours in Atlanta, Georgia.

Officials cannot yet confirm if the attack, in which six Asian women were killed, was racially motivated. Four victims were named on Wednesday.

Cherokee County Sheriff Frank Reynolds said the suspect may have been a patron and claimed to have a “sex addiction.”

The attack comes amid a sharp uptick in crimes against Asian-Americans.

Four of the victims have been identified by Cherokee County officials as Ashley Yaun, thirty-three; Paul Andre Michels, fifty-four; Xiaojie Tan, forty-nine; and Daoyou Feng, forty-four. Elcias R Hernandez-Ortiz was identified as having been injured.

In a news conference on Wednesday, investigators said Long, twenty-one, of Woodstock, Georgia, admitted to the shooting spree, and said that he denied that the attack was motivated by race.

He has been charged with four counts of murder and one count of aggravated assault, according to the Cherokee County Sheriff’s Department.

“He apparently has an issue, what he considers a sex addiction, and sees these locations as a temptation for him that he wanted to eliminate,” said Captain Jay Baker, adding that Long was caught with a nine millimetre handgun and did not resist arrest.

But Baker’s remarks – that “yesterday was a really bad day for him and this is what he did” – came in for widespread criticism for appearing to sympathise with the alleged perpetrator. Massage parlours are known to sometimes provide prostitution services, but authorities say there is no indication yet that this is the case at the targeted locations.

“These are legally operating businesses that have not been on our radar,” said Atlanta Mayor Keisha Lance Bottoms, who added that the city would not engage in “victim shaming, victim blaming.”

Police also noted it is still too early in the investigation to definitively state a motive and that the suspect appeared to have been acting alone. Bottoms said that he was on his way to Florida, possibly to commit more shootings, when he was arrested.

The suspect’s parents helped to identify him, officials told reporters.