Antigua and Barbuda to receive 40,000 COVID-19 vaccines from India 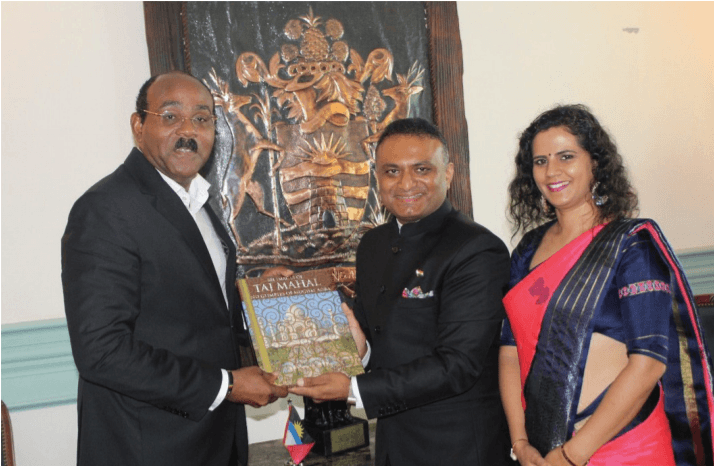 As the race increases for COVID-19 vaccines around the world, Indian High Commissioner Dr K. J. Srinivasa announced that Guyana and several other Caribbean countries will benefit from an initial donation of 500,000 Oxford-AstraZeneca vaccines by the government of India, as the south Asian country ‘ups the ante’ on its vaccine-diplomacy efforts.

According to news reports in Guyana, “On Monday, during a virtual engagement with members of the media, Indian High Commissioner to Guyana and the Caribbean, Dr K. J. Srinivasa noted that a quantity of these vaccines are already being transported.”

“I am working closely for the number of vaccines for Guyana, Antigua, St Kitts and many other countries in the region,” Dr Srinivasa highlighted.

Chief of Staff in the Office of the Prime Minister, Ambassador Lionel ‘Max’ Hurst, confirmed that 40,000 vaccines are designated for Antigua and Barbuda. According to the Chief of Staff, “The government of India wrote to the government of Antigua and Barbuda that they are pleased to send 40,000 Covishield (AstraZeneca-Oxford) vaccines to our country (manufactured by Serum Institute of India) as a donation and goodwill gesture to our friendly nation in the region.”

Media reports have indicated that currently, the High Commission is working with the local health authorities in Guyana to get approval for this Oxford-AstraZeneca vaccine, which is called Covishield in India.

The High Commissioner, who is also India’s representative to the Caribbean Community (CARICOM), said that India is trying to work out a common procedure whereby Caribbean countries can work in tandem for this approval process.

While the 500,000 vaccines being donated to the Caribbean is just an initial amount, Dr Srinivasa emphasized that India wants to provide some support to all of the “friendly countries” in the region. This, he explained, is a core component of India’s vaccine-diplomacy efforts.

India is a renowned manufacturer of vaccines and has been dubbed the ‘pharmacy of the world.’ Beyond the Oxford-AstraZeneca vaccine, which is being manufactured by the Serum Institute in India and is already being distributed in that country, there are about five other vaccines being developed in India.

The Covaxin vaccine, being manufactured by Bharat Biotech International Limited (BBIL), is one such vaccine. This vaccine has already been granted emergency-use authorization in India and is being distributed to health workers, though its clinical trials are not yet complete.

Obtaining vaccines from this country is not limited to those doses being donated, however. There are also avenues for governments to purchase vaccines from India.

“Our external supplies which are either gifts or commercial supplies are based on our domestic requirements, but we continue to work closely with our partner countries and we are preparing a schedule [whereby] in the coming weeks and months in a phased manner, these countries will get their vaccines,” Dr Srinivasa said.

The country has been donating several million vaccines to a number of countries as of this year.

Vendors may get some slack for now, but changes are coming