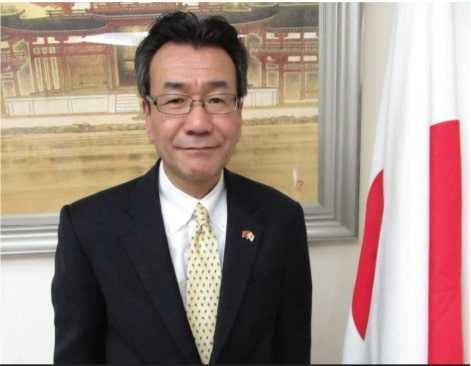 Antigua and Barbuda’s annual fight to control the invasive sargassum seaweed has received a shot in the arm from the government of Japan.

The Japanese government is providing financing for the purchase of equipment to tackle the seaweed.

Antigua and Barbuda’s Prime Minister Gaston Browne and Japan’s Ambassador to Trinidad and Tobago and the Eastern Caribbean, Tatsuo Hirayama, have signed an agreement in which US$2 million will become available to purchase the equipment.

During the virtual signing ceremony, Prime Minister Browne pointed to the strong bond that has existed between the governments of Japan and Antigua and Barbuda for many years. This has resulted in partnerships in the country’s fisheries infrastructure which in turn has led to the increased harvest of fish and production of fish products.

Japan has also assisted Antigua and Barbuda with the purchase of a reverse osmosis plant valued at US$2 million which is now being installed.

The Asian nation also came to the country’s aid following the passage of Hurricane Irma.

Browne noted that tackling the seaweed annually has become a costly exercise. He disclosed that one contractor billed the government approximately $1 million to remove the seaweed from beaches.

“The sargassum invasion has led to the destruction of sea life and the undermining of some of our beaches and recently the Ministry of Health had to spend $2 million to tackle the problem caused by the seaweed,” he disclosed.

According to the prime minister, several hotels have been forced to close in the past because of the proliferace of seaweed on their beaches making it very important to trap the algae offshore and preserve the shoreline.

Environment Minister, Sir Molwyn Joseph, also spoke at the ceremony. He noted that this year’s seaweed infestation comes at a time when the country has had to deploy significant resources to the fight against COVID-19.

“This has placed tremendous burden on our budget to wrestle with the seaweed threat which I believe is due to global warming. We don’t have the resources to effectively mount a response to the seaweed. Sargassum destroys marine life, which is a key source of protein for many. These equipment will go a long way to help in the fight to rid the shoreline of this threat,” he declared.

Ambassador Tatsuo noted that OECS fisheries ministers discussed the problems caused by the seaweed at a meeting held in Antigua last year. Acknowledging that there  is no permanent solution to the problem, Tatsuo said his government is committed to assisting with controlling the problematic seaweed.

“The government of Japan has decided to extend its grant-aid programme to include the purchase of the equipment to remove the seaweeds from beaches,” he noted.

He added that both countries share much in common including the commitment to democracy, human rights and the sustainable use of marine resources.

Government Communications Director, Maurice Merchant, told the gathering that more than sixty percent of the country’s population either lives in the coastal zone area or depend on marine and coastal zone activities for their livelihoods.

“Over the past eight to ten years, the fishing, tourism and marine transportation and also some settlements are all being threatened by the emergence of significant coastal and near shore pollution and contamination as a result of invasion of the sargassum seaweed,” he stated.