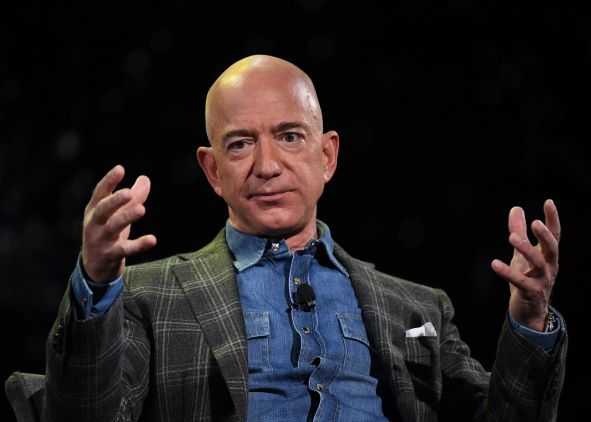 Amazon.com Inc has announced that longtime CEO Jeff Bezos will step down from his post later this year, transitioning to executive chairman of the world’s largest online retailer.

In a statement on Tuesday, the company said Bezos will be replaced in the fall by Andy Jassy, who currently runs Amazon’s cloud business.

“Amazon is what it is because of invention. When you look at our financial results, what you’re actually seeing are the long-run cumulative results of invention,” Bezos said in the statement.

“Right now, I see Amazon at its most inventive ever, making it an optimal time for this transition.”

Bezos founded Amazon as an online bookstore twenty-seven years ago and turned it into a behemoth that sells just about everything. In the process, he became one of the world’s richest people, with Forbes estimating his current net worth at over $196.2bn. Amazon has faced criticism, however, for working conditions at its warehouses, with human rights groups urging the company to ensure workers’ safety is protected.

The company nonetheless has seen record profits since the start of the coronavirus outbreak, which pushed consumers to turn increasingly to Amazon for delivery of home staples and medical supplies as brick-and-mortar shops closed their doors due to public health restrictions. Net sales for Amazon rose to $125.56bn from $87.44bn in the fourth quarter of last year, which ended 31st December, according to IBES data from Refinitiv.

In a note to employees posted on Amazon’s website on Tuesday, Bezos said he intends to stay engaged on important Amazon initiatives but would also turn his attention to other interests, including The Washington Post newspaper, which he owns

“I’ve never had more energy, and this isn’t about retiring,” he said.

The company’s next CEO, Jassy, joined Amazon in 1997 and has an MBA from Harvard Business School, according to the company’s website. He founded Amazon Web Services (AWS) and grew it to a cloud platform used by millions, the company said.

Amazon said it would not be announcing a replacement for Jassy at this time.

Amazon said Tuesday that Jeff Bezos is stepping down as CEO later this year, a role he has had since he founded the company nearly thirty years ago.