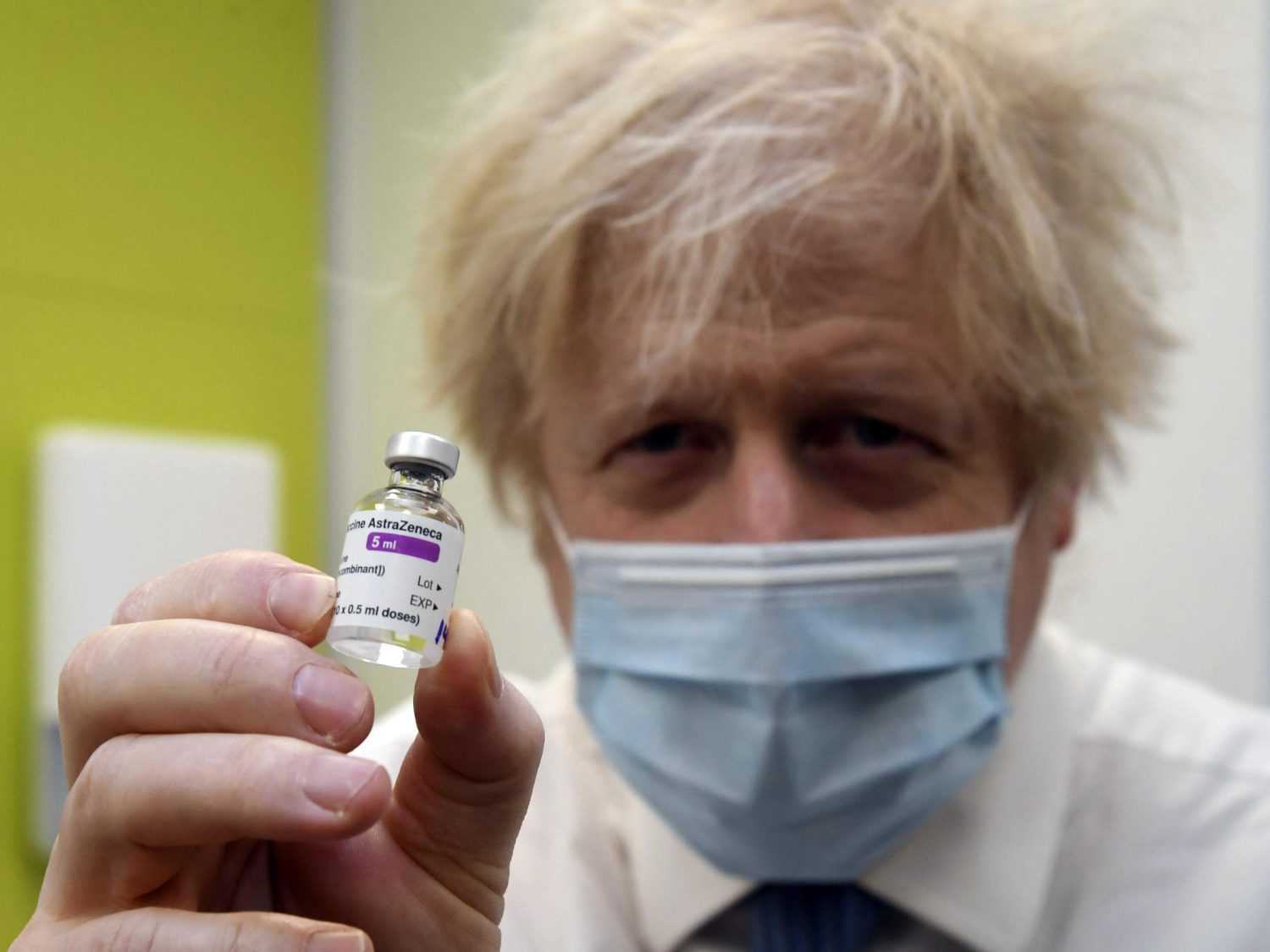 All adults in the UK will be offered their first dose of a coronavirus vaccine by the end of July, the prime minister has pledged.

More than seventeen million people have been given a jab since the UK’s COVID vaccine rollout began in December 2020.

But Boris Johnson said he now wants the programme to “go further and faster.”

He said the July target would allow vulnerable people to be protected “sooner” and would help to further ease lockdown rules across the country. NHS England chief executive Sir Simon Stevens said there were “early signs” the vaccine rollout was contributing to a fall in hospital admissions.

The PM is due to hold a final meeting with senior ministers about how to ease England’s lockdown later, before he sets out the full “road map” on Monday.

A speedy rollout of the vaccine to all vulnerable people is seen as critical to reducing the pandemic’s death toll and relieving pressure on the NHS.

The government’s previous target was to offer all adults the first dose by September.

The new plan means that by 15th April, all adults aged fifty and over, as well as younger people with underlying health conditions that put them at higher risk, should have been offered a jab.

However, the order of priority for under-50s has yet to be outlined by the Joint Committee on Vaccination and Immunization (JCVI). Prof Adam Finn, a member of the JCVI, said he expected that a public announcement would be made on vaccine priorities at some point in the next week. He told BBC Breakfast: “The strategy from JCVI that’s being provided as advice to the government is just being finalized at the moment, and then government will make their decision as to how to do this during the coming days, so I think there’ll be some kind of public announcement around that in the next week or so.”

The speedier rollout of the vaccine is likely to raise expectations – and pressure – for a swifter unlocking in England, but the government is still talking the language of caution. Senior ministers will finalize the plan today before it is presented to the wider Cabinet for approval today. It is unlikely that any restrictions will change before 8th March, when the government hopes to get all children back into schools. The prime minister has long said that is his top priority.

But it is likely that a small tweak will be made from that date to allow people to meet one other person outdoors for social purposes rather than just for exercise. A Downing Street source said this would be the beginning of allowing people to meet each other for socializing once again as the government recognized the impact of not seeing loved ones.

It is understood various options – which could include reintroducing the rule of six – are being considered for the weeks beyond.