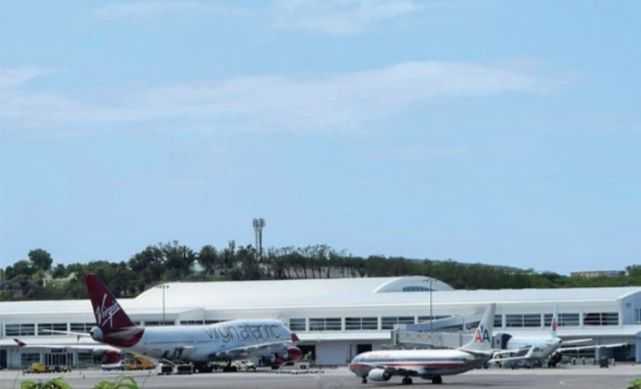 Tourism officials say Antigua and Barbuda will benefit from increased airlift during the winter season as demand for the destination increases among travellers seeking to escape the cold weather.

In a press statement, tourism authorities said activity at the V. C. Bird International Airport will dramatically increase with the return of Air Canada on December 6. Other major US and UK airlines will up the number of their flights to the country this month.

“We are heading into the holiday season with increased airlift which will be a catalyst for the destination going into the first quarter of 2021,” Tourism Minister Charles Fernandez said.

As a result of the dip in business travel because of the pandemic, airlines have shifted their focus, and their planes, to the leisure travel market where the demand is slightly better. According to the tourism insider, consumer confidence is returning and authorities here on the ground are ensuring that the country has adequate airlift in place to support the demand that it will receive into the first quarter of 2021.

Delta Airlines will also ramp up its Atlanta service to Antigua increasing its service from one Saturday flight, to five weekly flights on Monday, Tuesday, Friday, Saturday and Sunday starting on December 18.

Flights will resume from JFK International Airport on January 16.

United Airlines will continue its  weekly flight on Saturday from Newark.

“We are seeing an uptick in leisure travel which is really taking up the slack from business travel. Demand for the destination is extremely strong,” he stated.

Over the past months, the Tourism Authority and the Ministry of Tourism have held discussions with airline partners regarding the destination going into 2021.

“Our country’s tourism continues along the path of positive recovery with airlift increases. Five flights from Atlanta with Delta, is the most flights we have ever had. This airlift coming out of Atlanta is a vote of confidence in the destination,” James said.

Arrivals from the United Kingdom will also steadily increase as British Airways has announced the return of daily flights to Antigua from December 11 until January.  A strong demand for Antigua has also resulted in two additional British Airways flights.  For the first time ever, the airline will operate two flights on December 19 and December 26.

The Virgin Atlantic service will continue from Heathrow.

Air Canada will return on December 6, with a full flight.

Sunwing and WestJet are yet to announce when they will resume flights to Anituga from Canada, however, it is expected that both will return in early 2021.