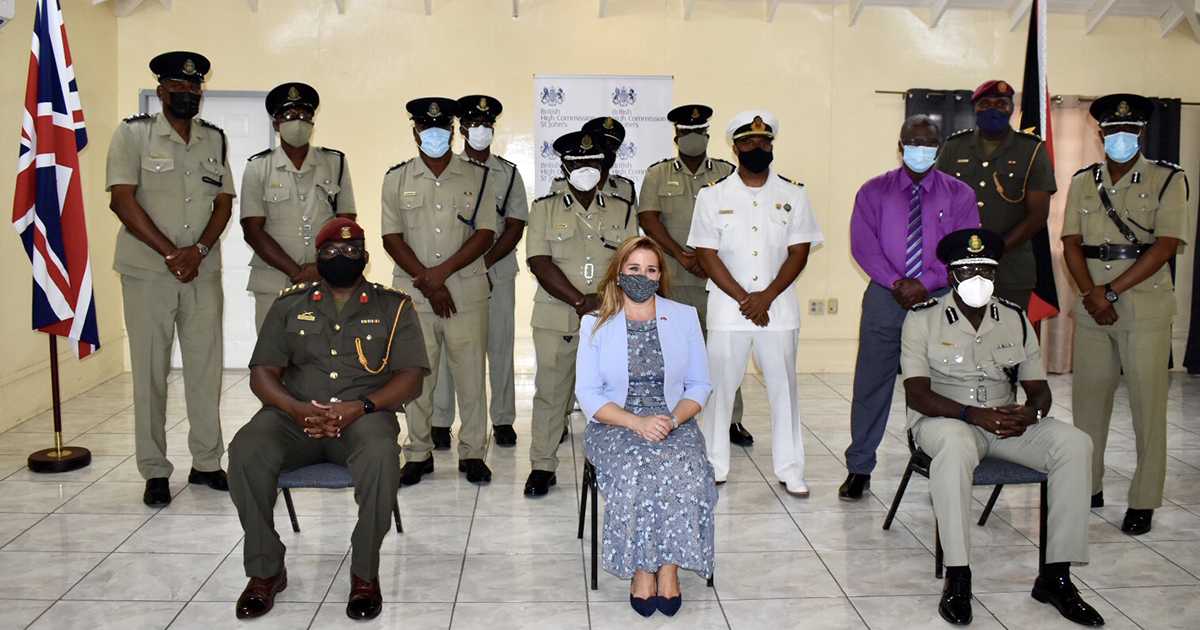 Members of the Antigua and Barbuda Defence Force (ABDF) and Royal Antigua Police Force of Antigua and Barbuda were among security personnel from the Eastern Caribbean who successfully completed training in a virtual leadership course funded by the UK Ministry of Defence.

Two courses were delivered by the UK’s Defence Academy in partnership with Cranfield University and the Regional Security System (RSS) team in Barbados. They covered important areas such as leadership models and ethics, critical decision making, the challenge of change and communication and influence within Defence and the wider security sector, internationally recognised best practices, and techniques to mitigate risks and failures.

Resident British High Commissioner to Antigua and Barbuda, Lindsy Thompson, spoke at a short ceremony held at the Sir Wright F. George Police Academy, during which she congratulated the awardees and encouraged them to build on their learning experience, saying “there can be no let-up in your continuous drive for excellence. The UK believes that it is in our collective interests to promote prosperity and security – a stable, prosperous and secure world provides opportunity of prosperity for all.”

Chief of Defence Staff Colonel Telbert Benjamin expressed profound gratitude to the UK Defence College as well as the RSS for facilitating the two virtual courses during these challenging times where strategic leadership is of utmost importance. He also congratulated the participants for their participation, while acknowledging that they have gained valuable information that would improve their leadership in a personal capacity and in that of their respective organisations.

Commissioner of Police Atlee Rodney in his remarks noted that the significant value of continued training cannot be overly emphasised, especially at senior leadership level. He added that the two courses will advance the police force’s  efforts to improve its leadership skills and its overall performance of providing high quality law enforcement services to the nation.