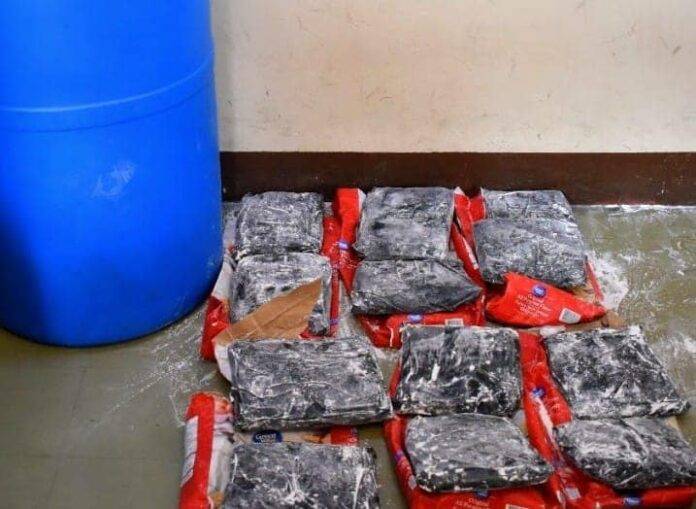 The police have thwarted another attempt by unknown persons to import illicit drugs into the
country.
Close to half a million dollars worth of cannabis was seized at Deep Water Harbour on Monday.
In a statement, the Royal Police Force of Antigua and Barbuda said during a joint operation with
the Customs Department at the main seaport, 77 ½ pounds of cannabis were found concealed
in two barrels and a cardboard box.
With a street value of EC$465,000, the illicit drugs were seized and transported to St. John’s
Police Station as an investigation commences. No arrests were made.
Last Tuesday, a joint operation also at Deep Water Harbour resulted in the confiscation of two
guns, more than one hundred rounds of ammunition and approximately 40 pounds of cannabis
that were found hidden inside a barrel in vacuum-sealed packages and valued at $262,000.
Investigations remain ongoing.