Arlen Seaton: From medicine to music 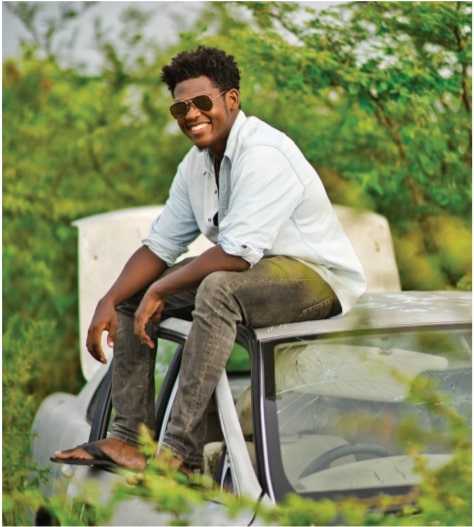 One medical professional turned musician is encouraging others to follow their dreams no matter how controversial they may be.

Arlen Seaton is an Antiguan singer-songwriter whose easy-as-molasses vocals charm the listener with a disarming sense of familiarity. It’s not the familiarity of a lyric heard before, but of the stranger sitting beside you in a bar who you feel like you’ve known all your life after a short conversation.

His nostalgic style of storytelling through song owes a lot to his West Indian heritage of Calypso and folk tales as well as the influence of eclectic artists including Damien Rice, John Legend, Coldplay and the Cinematic Orchestra.

Two years ago, he made the unlikely decision to pursue his passion for music instead of practicing medicine.  The transition, Seaton shared, “has definitely been challenging, but the decision has been the most liberating and empowering” of his life.

“I couldn’t be more grateful for the opportunity I have received to live my truth, and for the people who have supported and encouraged me on my journey,” said Seaton.

The Antigua Grammar School (AGS) graduate will be releasing his first single as a solo artiste titled “Queen Supreme” on Sunday online.

“The song just gives you a good feeling, a good vibe. It has some funk to it. This song had me going around dancing in my kitchen and when I sent this one, my producer was like well ‘hey, let’s do this one and drop the other five,” Seaton explained about his song.

This is not the first song Seaton has featured on as he has performed on a number of others, however this will be his official debut as a solo artist.

Seaton, speaking on the We are the Ones radio programme on Wednesday, shared that music has always been a part of his life. In fact, in his early days of tertiary education at the Morehouse College in Atlanta, he double majored in Biology and Music.

A clash of scheduling, however, forced Seaton to drop the music major, but he never gave up his love of music.

“I would study in the music room and even do voice lessons. Sometimes I would spend more time than I planned to because music was always an escape for me,” he said.

He continued that practice as he pursued his medical career, this time at the American University of Antigua. It was there that he truly began to master his craft, spending extended hours at Brukway Studios producing, writing and singing songs.

It was after his fourth year at AUA that he began to question whether he truly wanted to pursue medicine. He did, however, complete his medical degree and moved on to begin his residency in the US.

This did not work out as expected, however, so Seaton returned home to work with Dr. Walwyn.

Not straying far away from music, he co-founded  the ‘Blakk Gold’ band in 2018 with Hani Hechme and Venisa Gittens while balancing his full-time job.

“We made it work despite our busy schedules. We had the ability of playing 45 minutes of our own songs. We wrote our own music. We weren’t there to offer dinner music but our own brand. We would practice a lot. To be honest, we even practiced more than we played,” he said jokingly.

“Our unique sound has brought opportunities to open for major international acts to include Marcia Griffith and Buju Banton.”

Previously, he collaborated with York on York’s 2016 Traveler album and in that same year released ‘Christmas By My Side’, a dynamic duet with fellow Antiguan, Jenny Medina.

Now, he continues to hone his craft as the lead singer of the band Rico & Muzic4Play under the expert guidance of premier Antiguan drummer and band leader, Ricardo Anthony.

Seaton is ready. He has found the gumption to share his music with the world.  He is currently working on his EP album and is committed to creating honest pieces, inspired by real life and to giving of himself, through his music, to those who nlisten.