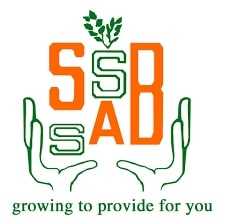 The Antigua and Barbuda Social Security Scheme is appealing to the public for patience and understanding, as it navigates, what its director says, is a period of transition brought on by the COVID-19 global pandemic.

David Matthias was a guest on Monday’s edition of Pointe FM’s Starting Pointe.

He admitted that the challenges which Social Security has been facing in meeting its monthly obligations to pensioners are likely to continue into the foreseeable future, but gave the assurance that the state agency would do everything conceivable to meet its obligations..

“We do ask, and we do appreciate, your forbearance and patience, and together we will get through this. It should be no secret to persons, currently, what they would be seeing from Social Security is the extension of its payment cycle. We are moving from one payment period into another payment period in terms of being able to discharge our full responsibilities to our beneficiaries and to our staff,” he explained.

These beneficiaries, short and long term, include those who receive pensions, sickness and maternity benefits, but Matthias said the contributions from which these payments are made “have declined by as much as 50 percent” as of mid-October.

He said once the month end arrives, payments then due would have to be deferred “by as much as two weeks into the following month and in some instances by as much as three weeks.”

Matthias said this trend is “expected to continue for some time, probably till the end of the year, where – hopefully – there is enough of an uptake with regard to travel and tourism arrivals”.

This uptick, he said, is projected to be just a little more than 5 percent however, this is a small help as there has been an almost 17 percent decline in Social Security revenues in 2020.

“The fact that we have less persons working means it has affected our ability to make timely payments,” Matthias emphasised.

He stressed, however, that “some level of patience” will be required.

Matthias also directly addressed those persons who have sought to offer analyses of the scheme’s financial health.

“Social Security has been in this precarious position, not now, but since 2009 onward. So we would have been extensively utilising our reserves; that is, actual cash in hand.”

He repeated that Social Security’s ability to function in the future would depend on a return to economic normalcy and explained while Social Security owns a lot of land, the challenge lies in converting this to a steady stream of cash with which it can meet its recurring payment obligations.

“It’s a buyers’ market at the moment, so even though you ask for the book value of the land you own, it doesn’t mean that is what the market will [pay],” Matthias explained.

He said discussions have begun within the OECS sub-region between Social Security bodies and the Eastern Caribbean Central Bank (ECCB) about the need to establish unemployment insurance in the future.