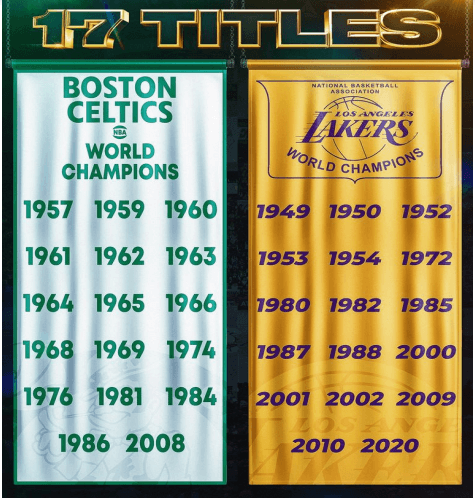 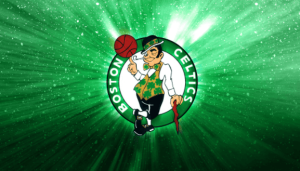 The Los Angeles Lakers’ latest championship clinched Sunday night with a win over the Miami Heat pulled the franchise into a tie with the Celtics for the most in NBA history, 17 apiece. The Celtics beat the Lakers in the 1963 NBA Finals giving Boston its sixth title to the Lakers’ five. For the past 20,990 days, Boston remained alone atop the list of most championships. When the 1986 season ended, Boston had 16 titles to L.A.’s nine. The championship count since is Lakers winning 8, and Celtics getting one. 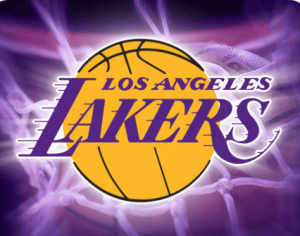