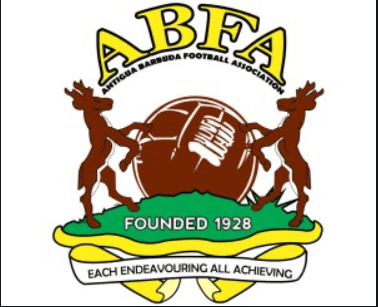 Former national player and coach, Derrick ‘Pretty Boy’ Edwards, is walking away from any participation in senior football. Edwards, who is the head coach of the Grenades in the
Antigua and Barbuda Premier Division, is angered by the decision of the ABFA not to declare winners for the 2019/20 domestic season while promoting teams from the second and first division with no demotions from the Premier Division. According to ‘Pretty Boy’
if the ABFA is going to reward teams with promotion, then they should declare a winner.
Grenades was leading the Premier Division by two points with two rounds of matches remaining when the coronavirus pandemic brought sports to a standstill on 13th March.
Grenades F. C. had 31 points followed by Greenbay Hoppers F. C. on 29 with those teams being the only candidates in position to win the league.

Edwards expressed his disappointment with the decision and noted that Covid-19 has given him a lot of time to reflect and consider his future in the sport. “I am fed up with the administration of the sport and the unfair approach by some executive members,” Edwards declared. He went on to identify two incidents in which ABFA executive members comments which suggested an obvious bias against his team. “During one game an executive member told me my team was going to lose and hoped the other team won, while another executive member rejoiced on Facebook [concerning] a result we had against Parham F. C. I have informed the manager of my club that I will be moving on and won’t participate in any senior football activities on the island.”

When asked by PointeXpress if he would consider applying for the vacant role as coach of the Antigua Barbuda National Football team, Pretty Boy made it clear that he has no interest at all in working with the current ABFA executive. He added however, that he
is working with his daughter to start a youth academy which will focus on youth development. Edwards also noted that he hopes that the ABFA and fairness in the sport on the island will improve in the coming years.

ABFA elections are due next year and incumbent president, Everton ‘Batow’ Gonsalves has declared that he will seek a fourth term at the helm. No one has as yet publicly declared the intention of challenging Gonsalves for the ABFA’s top spot in 2021, despite rumors that
three persons have indicated early interest.