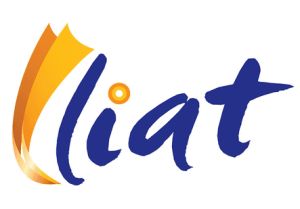 It is almost certain now that the Antigua-based regional carrier, LIAT, will return to the skies, perhaps as early as next month. This is the latest update from Cabinet spokesman, Minister of Information, Melford Nicholas, who said the positive news was passed on to the Cabinet by Prime Minister Gaston Browne.

“The conditions are that LIAT will be able to take to the skies in the new month[November]. I won’t hazard a precise date as there are operational issues to be worked out, but from our information, it’s a question of when, not if, that LIAT will fly again,” Nicholas declared. Nicholas made the disclosure on Thursday morning during the post-Cabinet press briefing while addressing a question related to the coming ‘Travel Bubble’ that is being established between Barbados and the OECS Territories.

“The Travel Bubble augurs well for LIAT for it means that people will be able to move with a degree of freedom within the region,” he indicated. Nicholas added that Antigua and Barbuda is essentially a Caribbean metropolis in the context of the number of Caribbean nationals who have made the country their home. He suggested too that the limitations on the movement of people within the region due to the COVID-19 pandemic, has likely resulted in ‘pent-up’ demand for intra-regional travel.

LIAT halted all commercial flights on April 4 this year when most of the countries within its network closed their borders to guard against the coronavirus. Already in dire financial
straits prior to the lockdown, the pandemic only served to worsen LIAT’s problems. This led to most of the airline’s shareholder governments agreeing to liquidate the heavily indebted airline after they were unable to agree on providing another financial bailout for the airline. Antigua and Barbuda’s prime minister, Gaston Browne, single handedly launched a campaign to save LIAT from certain death by proposing the reorganisation of the airline.
Several hundred of LIAT’s staff who are based in St. John’s contribute significantly to Antigua and Barbuda’s economy through Medical Benefits, Social Security, Education Levy and other statutory and private spending activities.