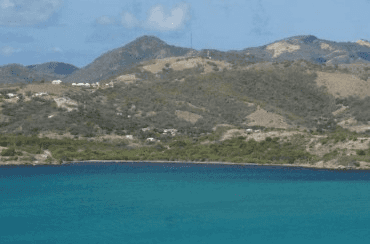 Following weeks of intense discussions, a detailed plan for the development of the  Willoughby Bay area near Bethesda has been presented to the government. The plan was developed by an Economic Recovery Committee (ERC) subcommittee. The ERC was set up following the onset of the coronavirus pandemic in order to plan Antigua and Barbuda’s recovery after COVID-19.

That subcommittee is headed by Senior Advisor to Prime Minister Gaston Browne, Ambassador Daven Joseph. “The report outlines possible activities that should be allowed, encouraged and promoted within the Willoughby Bay development. This area presents an opportunity for the government of Antigua and Barbuda to launch a significant development initiative including luxury homes, hotel and marinas, agricultural activities, agro-industries, small manufacturing and human settlement by way of a housing programme,” Joseph detailed.

The land to be developed encompasses approximately three thousand acres with sixteen hundred of those allocated for the project which is separated into four areas. “The development will be complimented by several green areas, a road network as well as parks and other amenities such as walkways to promote health and wellness,” Joseph revealed.

The committee submitted the report to Prime Minister Browne on Friday who, according to Joseph, was ‘very excited’ to see the scope of the subcommittee’s work and the prospects for galvanizing more local economic involvement.

Joseph added that the prime minister was also ‘very pleased’ with the work of young professionals within the public sector whose expertise contributed greatly to the final report. The subcommittee brought together representatives from the Development Control Authority, APUA, the Lands and Survey Department, the Environmental Division and the Ministry of Agriculture among others.

“These young professionals came together and developed a well thought out development plan for the Willoughby Area, which on full completion, will see a community with an estimated five thousand people living there,” he stated.
Joseph said, when fully completed, the project could
contribute between five and ten percent in economic return to the nation.

“That’s how significant the development will be. It will see the transformation of the Potworks Dam area, the Betty’s Hope area linking it with historic Bethesda Tamarind Tree, the Willoughby Area, that will be developed into a heritage
tour package,” he revealed.

A forum is being organised to give potential investors the opportunity to examine the plan in greater detail. They will also have the opportunity to be among the first to commit to involvement in the development project. Both PM  Browne and Ambassador Joseph affirmed that the aim is to prioritise local involvement while leaving room to welcome
foreign investment into the project.