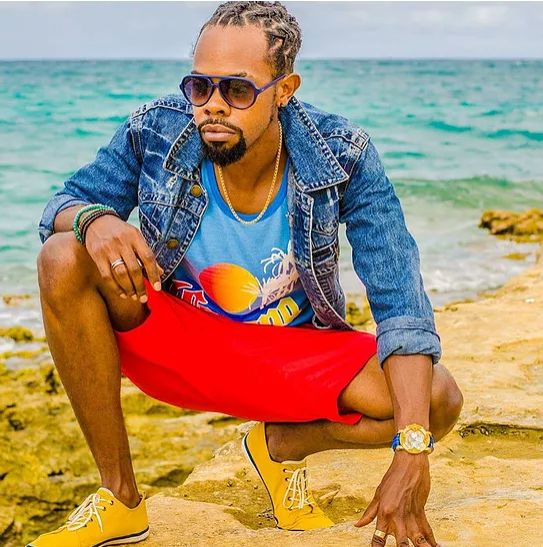 Art “Drastic” Phillip, one of the island’s top soca artists, grew up as an active participant in many sporting activities. Drastic, played football in the Shipwreck League for Gold Smitty and was also a 5Ps Revolution member all while he represented the St. Joseph Academy
in basketball and football. After graduating high school, Drastic left for university in the United States Virgin Islands where his journey continued.

“I was always very fast and while playing football in St. Thomas. The track coach saw my speed and encouraged me to take up track which I did and excelled.” Phillip clocked a time of 10.4 seconds in the 100 meter event but although he showed potential in track, he admitted that he was not passionate about the sport and would also fall ill after every race. Drastic also played basketball in university and had the opportunity to scrimmage against the San Antonio Spurs on one of their visits to the USVI.

“Music was always in my blood. I sang in church from a very early age, but when I arrived in St. Thomas I really got involved. I won the V. I. Idol competition doing mainstream music,” Drastic explained. Upon returning to Antigua, Phillip said he was encouraged to take up soca, a genre he never had an appreciation for growing up. “I never went to carnival for the first eighteen years of my life, so I never knew who Marshal Montano was, but I took Tian Winter’s advice and released ‘Sugary Waistline’ which was a hit and the rest is history,” he said.

While he attained success in the soca genre, it is still not the artist’s first love and he is working to return to areas of music where he is passionate. Recently Drastic released “Show Up’ which features international artists Wyclef Jean and Noah Powa and that song has blossomed into a hugh hit. While COVID-19 hampered musicians ability to tour and perform, Drastic has used the pause to sharpen hisimage and skills and write more songs
which he hopes will resonate with his audience.