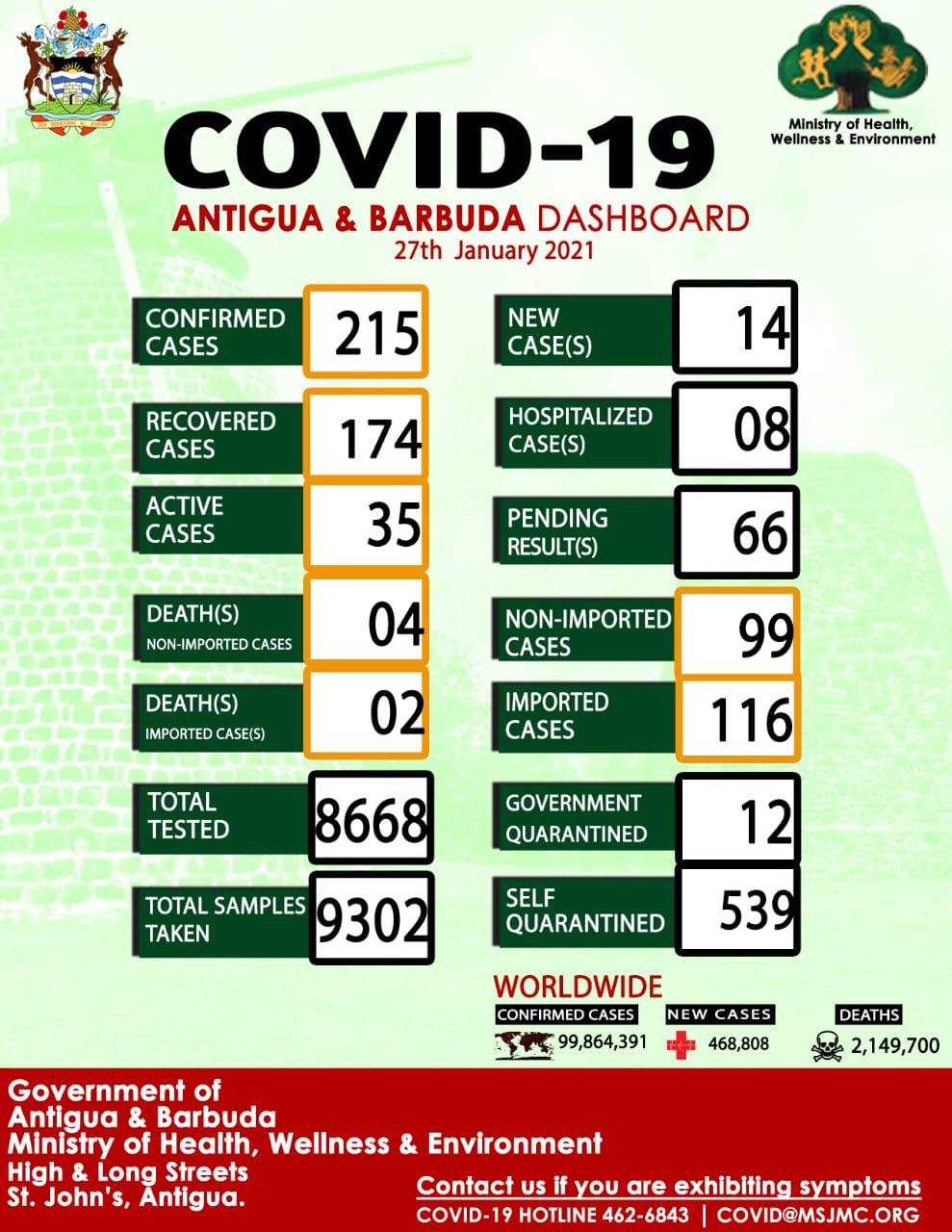 The most recent reports received by the Ministry of Health, Wellness and the Environment from the Mount St. John’s Medical Center (MSJMC) and the Caribbean Public Health Agency (CARPHA) have revealed fourteen new laboratory confirmed COVID-19 cases in Antigua and Barbuda as of Tuesday 26th January 2021.

Three of the new cases are imported while