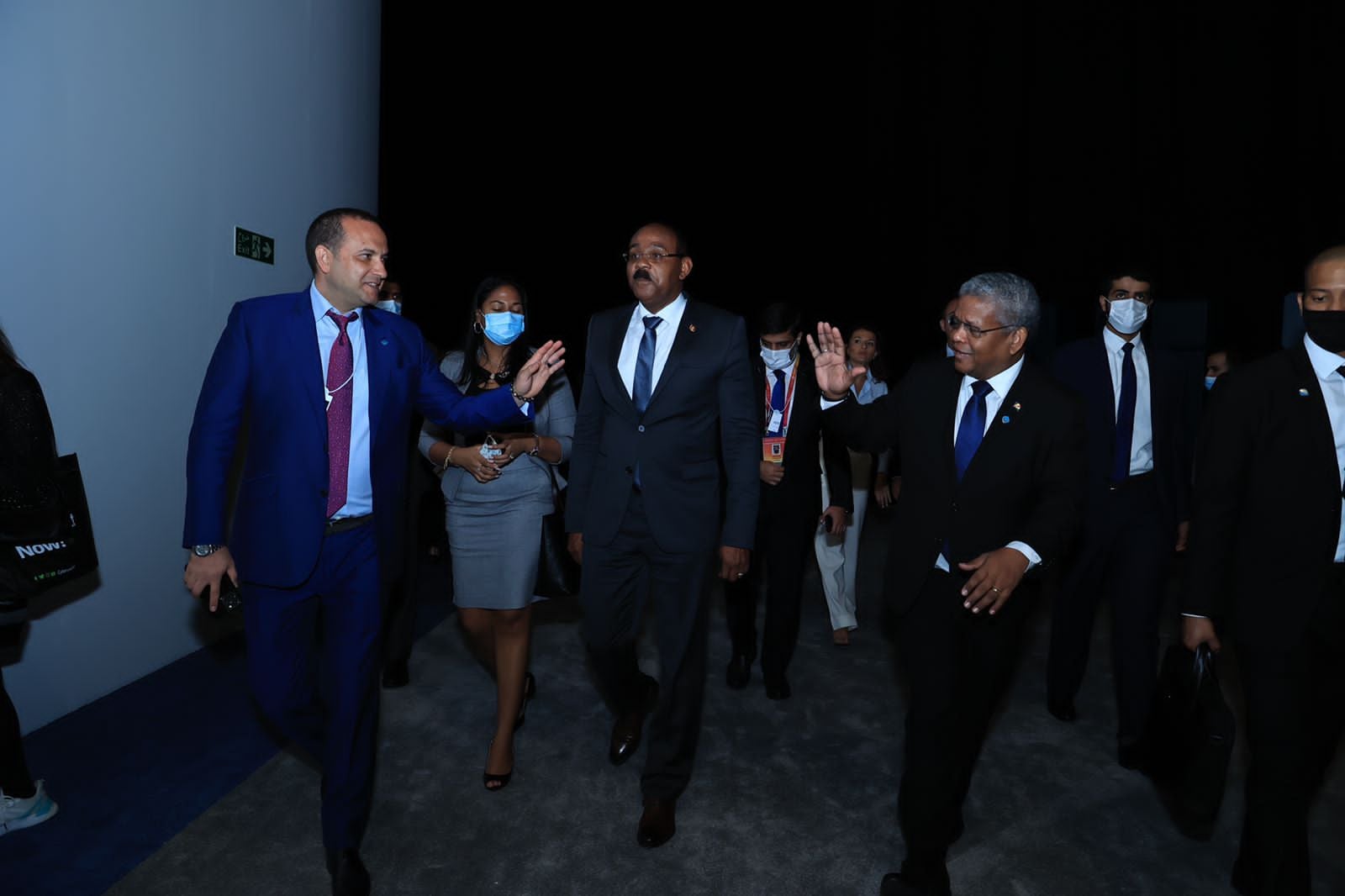 Prime Minister Gaston Browne is in Dubai, United Arab Emirates (UAE) where he is attending the World Government Summit being held under the patronage of His Highness Sheikh Mohammed bin Rashid Al Maktoum, Vice-President and Prime Minister of the UAE and Ruler of Dubai.

Prime Minister Browne stated he is looking forward to participating in the Forum as it is of vital importance that the message of small developing states is heard.

“With the last seven years being the warmest on record, coupled with the rapid increase of extreme weather events, the impact of climate change is more visible than ever before,” he said.

He noted that the world’s land masses are projected to sink in a matter of decades, posing an existential threat to the world’s lowest-lying countries today.

“Island states are on the frontlines of climate change, where the effects of rising temperatures and sea levels demand innovative climate action,’ Prime Minister Browne remarked.

In his letter of invitation to the World Government Summit, Prime Minister Browne was acknowledged as a distinguished visionary and a beacon of change.

“It is our honor to extend an invitation to you to share your expert insights at this momentous summit, joining global leaders, decision makers and trailblazers from over 190 countries to engage in a powerful discussion on shaping the future of governance and humanity as a whole.”

The 8th edition of the World Government Summit will be held in tandem with the closing of Expo 2020 Dubai, the largest event of its kind that has brought the world together at a critical time in history.

Alongside the summit, Prime Minister Browne, accompanied by wife and Minister of Housing, Land and Urban Renewal, Maria Browne, will attend the Global Citizen Forum high-level reception to further champion the mission to create a united, inclusive, and sustainable future for the next generation.

“As a key voice in empowering this ambition, we are delighted to invite you to join our global community for another exceptional experience,” the letter inviting Prime Minister Browne stated.